I may have to spend some time away from my blogging duties. Everything's OK; I just think some unplugged time would do me good.

Should be back soon.

Was it really so long ago, when everything was so much simpler, less complicated?

Courage,
Mike G.
Posted by Unknown at 2:24 AM No comments: 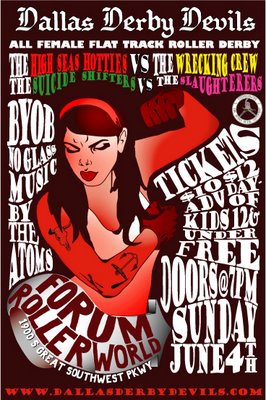 Tickets can be purchased at the DDD web site. Due to the change of venue, there will be fewer tickets available for this bout, so please don't hesitate.

A pair of trailers were released the other day for Ghost Rider. While Nic Cage's hair reminds me of a certain NBA team owner, they look pretty awesome. You can see the trailers here, courtesy of Steve Jobs. What intrigues me most about the trailer is this screencap:

While there was a western themed Ghost Rider, he did not share any of the current incarnation's supernatural aspects. I'm curious if the demonic characteristics are going to be retconned into the comics.

Courage,
Mike G.
Posted by Unknown at 4:56 PM No comments: 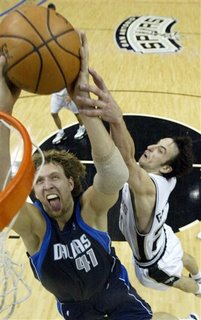 Many congrats to Dirk and the Mavs for geting their act together and dispatching the Spurs last night. Speaking as an award winning sports commentator[which I am not], I thought it would be a good idea to refer you to the words of Bob Sturm, one half of BaD Radio, heard weekdays 12-3 on The Ticket.

Here's the newest poster for Superman Returns, courtesy of the magic elves at IGN... 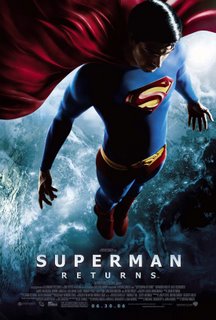 The more I see and read about this movie, the more I become convinced that Fox should have backed the money truck up to Bryan Singer's door and begged him to stay for X3.

Fine, I liked Rush Hour, even the sequel. But from the clips that have hit the net, I'm not too optimistic about Brett Ratner's directing...

Courage,
Mike G.
Posted by Unknown at 2:39 AM No comments:

One of the few positive things that came out of the Terri Schiavo controversy was the idea that one's final wishes should be known and documented, thus avoiding needless pain.

This lady wanted to make Super-Double-Extra Sure that her wishes are followed.

anyone out there would be interested in picking up one of these for me...or how about this?

Well, it never hurts to ask.

Courage,
Mike G.
Posted by Unknown at 1:34 AM No comments:

Big Mother's Day wishes to not only my mother, but to all mothers everywhere.

Sure, a card and some flowers might seem trite in the face of all that they do for us, but it's more about the feeling behind the gifts.

So call your mom [not collect] and wish her a happy Mothter's Day.

Courage,
Mike G.
Posted by Unknown at 9:14 AM No comments:

I actually do know roller derby girls. In fact, at times, they actually acknowledge my presence. Here's photographic proof: 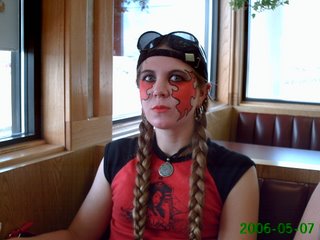 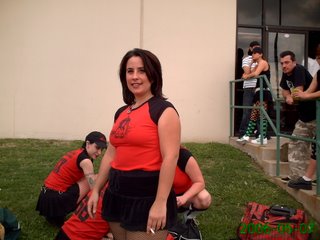 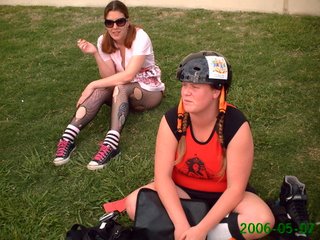 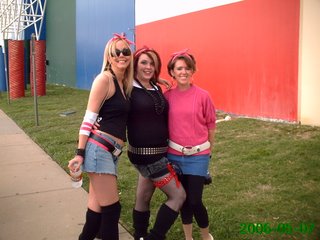 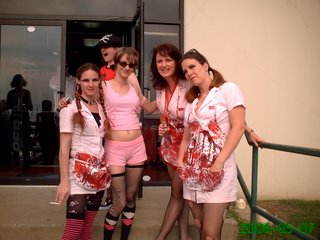 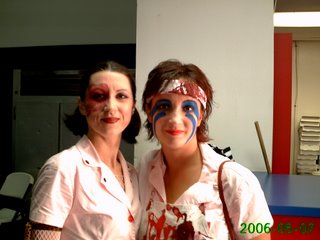 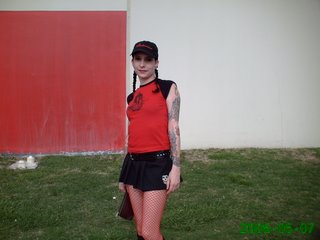 The night seemed to go off with very few problems. The crowd was very into all of the goings-on and even the bands were great.

To cap off the night, we had our official after-party at the inappropriately-named Sunshine Bar.

Let's be honest, if you're in a bar past 11pm on a Sunday night, I believe it would be fair to assume that life as a whole isn't working out exactly as you had planned. Imagine if, as you're searching for Life's answers at the bottom of a bottle, your sanctuary from reality is invaded by dozens of crazed Roller Derby Girls high on an adrenaline rush. I'm just saying.


Thanks again to all the Derby Devils for letting me play in your sandbox.

It looks like we'll have a sold out Arlington Skatium tomorrow night for the Dallas Derby Devils.

If you haven't gotten your tickets yet, you might not be out of luck. We will be selling any unclaimed Will Call tickets after the start of the first period.

Courage,
Mike G.
Posted by Unknown at 9:04 PM No comments:

Courtesy of our friends at Borders, here's footage of Gary Troup talking about his just released book.

Has the polar bear gotten him yet?

I'm curious if any real i.e existing authors are jealous of the attention Gary's recieving.

Courage,
Mike G.
Posted by Unknown at 4:57 AM No comments:

Time for yet another piece of audio fun, this time from the strangely named Jimmi Jammes.

Before I sign off, a quick shout out to my good friend Brother Mike, who's going under the knife tomorrow/today. Please hold a good thought for him.

Powered by Castpost
Posted by Unknown at 11:03 PM No comments:

Lost In The Layers...

So, read the new Gary Troup mystery novel yet?

Depending on your TV viewing habits, you're either a fan of LOST, or 70's era New Zealand cricketers. [Thanks, Google!]

As near as I can figure, Gary hasn't even been seen on the island yet.

Even though I'm not a big fan of the show, I love the meta-ness of it all. A fictional character from a show has written a book featuring other fictional characters, which will most likely allude to events in and about the first show.

My friends who watch the show are fairly divided as to what 'the deal' is with the show. Some think no one survived the crash and are in some sort of afterlife, one believes the whole island is someone's hallucination, and the more cynical one feels that the writers are flying blind[until the show's last season].

Finally, for fans of the burrito-y goodness that is Chipotle, they're running a neat promotion. This Saturday and Sunday, remember to keep your receipt when you buy your food. It's good for a free burrito anytime May 8-14.