Multimedia message, originally uploaded by thesporq.
Posted by Unknown at 8:01 PM No comments: Why are these 2 items locked up together? Mg.

And the other show drops. 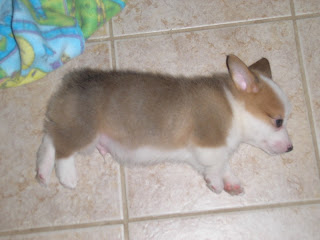 Blame CuteOverload. I'll take the heat, but I'm fairly certain this the cutest G-Damned picture on the Internet.

Was it The Red Polos?

Since it looks like Circuit City is soon to be no more, I thought I'd share pretty much the only CC story I have.

Years ago[02-03], Grand Theft Auto: Vice City was unleashed upon the world. In addition to building upon the now common 'sandbox' style of play, the game also featured a Hollywood-grade voice cast and actual licensed songs on the game's nine radio stations.

Which leads to our story.

Rockstar had produced several versions of the soundtrack; individual CDs for each of the seven music stations, a compilation disc featuring a 'best of' selection, and a box set with all 7 discs.

That Sunday, Kmart listed the compilation disc in their weekly ad for about 13 bucks. That's where the story ends, except for one thing.

Someone was asleep at the switch and mistakenly ran a picture of the box set instead of the single disc.

To make a boring story somewhat shorter, no other big box retailer in Dallas would honor that ad, except for a slightly confused Circuit City employee who more than once commented on what a good deal that was.