Well, victory for someone. I'm not sure exactly who.

It looks like the readership of this humble blog has elected a new object of affection. Melissa Theuriau has enchanted members of Churn Nation from [as far as I can deduce from their domains] Cyprus, Sweden, France, Spain, Poland, and Canada.

I'm sure that impressed her to the point where she has to find me and declare her love for me.

In other news, I'd like to recommend a fun little Internet show run by some friends of mine.

It's called Miscommunication, and the best way for me to describe it would be this. Imagine if Richie Rich, Archie Bunker, and C-3PO discussed the matters of the day.

Like most other people, I have a birthday and celebrate it just about every year around this time.

For those of you who care, it's this Tuesday. I really wasn't planning to do anything special, but that was before I read this article.

Now I'm not sure if I dodged a bullet or that the day I was born is merely the second most depressing day of the year.

Because I know my audience, here's more pictures and some video of our favorite foreign news mistress...

Hundreds of pictures and some video files.


More screengrabs, and a couple of desktop images. 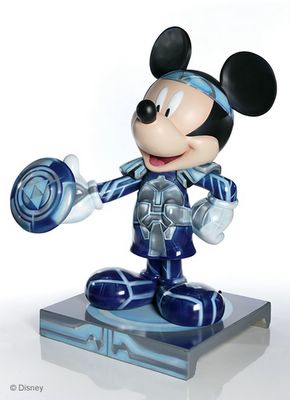 This is a statue of Mickey Mouse designed by Syd Mead, who was responsible for much of the design in TRON, and TRON 2.0. No real reason why i'm sharing this. Just thought it was cool. Mike G.

Make plans for the Royal Rumble!

It's been a while since I've gone over my WWE Fantasy picks. And since nothing particularly exciting has happened recently, I thought it would be a good time to do so.

Season two has been going on for about 8 weeks or so, and since then, I've amassed a whopping 1075 points.

That may sound pretty good, until you find out that the team in first place has 1437. That means I am currently in 914th place. I did make a pretty severe tactical error about a week ago, by not choosing an all RAW roster the week of New Year's Revolution. I'll need to remember to alter my picks for next week, with the Royal Rumble on Jan. 30th.

So without further ado, my picks for this week, Smackdown first and RAW second.


With their Tag Team title win, I figured it made sense to have one of the Bashams on my roster. The fact that he's only 2 mil was another factor in his favor. Funaki has been an incredible investment since winning the Cruiserweight belt at Armageddon. Luther Reigns, as a member of Kurt Angle's group/gang, earns lots of points without risking too much money. Torrie? I just threw her in because there's a better than zero chance that Torrie will come out in a bikini.


I often criticize the WWE's writers, but I've been amazed at the character development they've bestowed on Batista. Simply, they've allowed him to have some common sense. He's realizing that he doesn't have to be HHH's second banana, but he hasn't turned on him just yet. I believe Shelton is a future superstar, but unfortunately, he came along too soon. Trish makes any list of mine, but she's on this one because with her win at NYR and Lita's injury, she'll have to be very visible, even if she doesn't compete. Muhammad Hassan is being pushed to the moon until the WWE finds someone suitable [Sgt. Slaughter?] to 'shut him up'. The ironic thing is that he actually makes some sensible points. Contrast that with the fact that he draws instant boos as soon as he walks into the ring, and it's almost like the WWE's taking a subtle jab at their own audience. Christy? See my entry for Torrie above.

Finally, while I'm not getting any sort of kickback from WWE, please sign up for their new season that starts in a few weeks. If you join up before FEB 14, it'll only cost you 4.95. If anyone from Churn Nation signs up, drop me a line in the comments form, so we can get a league started.

This comes to Churn courtesy of two different sources...

1. The Dunham and Miller show from The Ticket.


It takes a special someone to knock Ms. Overstock off of her lofty perch. In fact, we had to look across the globe to France to find a suitable challenger.

Her name is Melissa Theuriau, and she hosts what I believe is a travel show on the French network LCI. The show site is here and is probably very informative. If I knew any French.

Team Gsb has done all of us a great service by collecting a variety of pics of Ms. Theuriau, and they can be seen here.

Now, I may be under some sort of bewitchment, so I open this up to Churn Nation. Am I crazy for wanting to call FTD and check on transcontinental shipping rates? 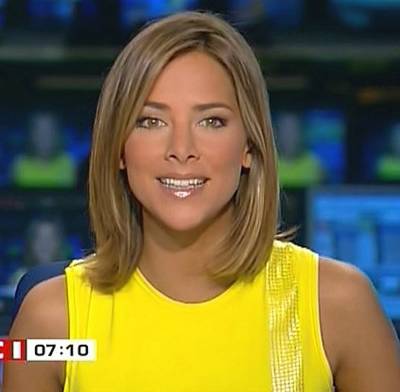 The lady in question...

Posted by Unknown at 1:09 PM No comments:

Let's Hear From You, America!

Tomorrow night, I'll be on the air reviewing the latest effort from WWE, New Year's Revolution.

Here's a sneak peek at my thoughts.

This PPV was jinxed from the start, with two legitimate injuries in the first two matches. Then, there was another match that featured a total 'wrestling' time of about twenty seconds.

This PPV was designed to succeed or fail on the strength of the Elimination Chamber match. This was full of intriguing possibilities ranging from the sublime [Benoit retakes the title] to the ridiculous [Edge violates all laws of time and space by actually winning]

Instead the WWE plays it safe by putting the belt around HHH's waist. My more optimistic friend, Brother Mike, assures me that his win sets the stage for him to lose at Wrestlemania.

Please tune in tomorrow at 8:00 CST and listen online if you're outside the Dallas area for more Hot Sports Entertainment Opinions.

So, you're still looking for one of those Gmail invites?

Well, I've got some. The catch?

Click here. Sign up and wait for an email from me. Then finish one of the offers and I'll send you the invite.

Thanks for your time.