As much as I hate to say it, a weekend impulse purchase has caused me to think long and hard about Society.

Simply put, Nilla Cakesters are the reason so many people hate us as a country and a people.

It's not like there were any glaring deficiencies with regular Nilla wafers. As near as I can tell, they've been around for over a hundred years. But apparently, a simple cookie just wasn't good enough.

A crisp cookie? Can't have that. Lets pump in enough air and shelf stable fats to make it as soft as a pillow. While we're at it, let's get at least three kinds of sugar and make some filling twenty times sweeter than a Nilla wafer could ever be. Then we'll pack 'em three to a sleeve and gloss over the fact we're counting each one as an individual serving so the masses can delude themselves.

To recap, we took something that was perfectly fine and 'improved' it to the point that I defy anyone to eat one and truly feel better about yourself afterwards.

Maybe I'm being too dramatic. I just think some very smart and very cynical people knew exactly what they were doing when they came up with this stuff.

Tune in next week when I lay into the folks responsible for Flamin' Hot Funyuns. 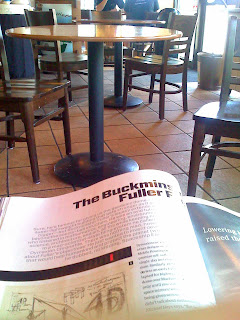 Sitting in a starbucks. Skipped work. Mg.
Posted by Unknown at 1:57 PM No comments:

Stop Selling To Me!

I recently got a RAZR V9 [the AT&T version] and while I like it fine, I'm a bit annoyed by the demos and 'free' trials that clutter up my 'My Stuff' section.

If anyone out there has a way to get rid of them, I'd love to hear it.

So Iron Man is a Skrull?

Or maybe a Skrull who thinks he's Iron Man.

Unless I'm mistaken, there's been no reason for the Skrulls to keep the people they've replaced around.

So if the above statement is true:

Where is Tony Stark?

Was the Superhuman Registration Act Tony's Idea, or Skrull-Tony's? Of course, in hindsight the SRA makes commplete sense if you want the previously united heroes of Earth to be bitterly divided, each faction with only a piece of the puzzle.